NJYIP honored the top industry professionals during the NJYIP Awards Gala, Nov. 14, 2019. More than 115 attendees enjoyed a masquerade-themed evening of networking, dinner, drinking and awards at the Princeton Marriott in Forrestal, N.J.

We were honored to award the following winners, who were chosen through a nomination survey of their peers and reviewed for qualification:

Robert Gage is a founding member of G&G Underwriters LLC. His experience in the insurance industry has spanned decades, including: 21 years with ISO and its predecessors in six different office locations—covering 15 different states; 10 years at a primary insurer, during which he was directly responsible for product development; and three years as general manager of the Minnesota Fair Plan. His other areas of expertise include marketing, government relations, agency management and regulatory compliance.

Gage has a BSFPE in Engineering from the University of Maryland. He earned the Chartered Property Casualty Underwriter designation in 1975 and he is a past president of the Central Jersey Chapter of CPCU. He served in the U.S. Army, including a tour of duty in Vietnam.

He has served on numerous industry advisory committees, including the Department of Banking and Insurance Oversight Committee of Industry Task Force advising the department on methods of dealing with the windstorm catastrophe potential in the state. He was director and treasurer of the New Jersey Insurance News Service for five years. He also served on committees for Insurance Services Office and the Alliance of American Insurers. His professional memberships include the Society of Fire Protection Engineers and the Society of CPCU.

Gage is chairman of the board for MSO and serves on its Nominating & Governance Committee and the Executive Committee.

Aaron Levine is the president of LG Insurance Agency, in Long Branch. Levine started his insurance agency in 2008—the same year that he graduated from Monmouth University with his master’s degree.

Prior to becoming an insurance agent and principal of his agency, he worked for various corporate businesses and in commercial real estate. With the downturn in the economy in 2007-08, Levine decided to join a more stable industry, and his insurance industry career was launched. Levine joined PIANJ and NJYIP in 2009 and has held board positions with NJYIP. He served as the association’s president from 2017-18. Currently, he sits on PIANJ’s board of directors.

Active in his community, Levine sits on the board of Fulfill in Monmouth County and he has held many community-related board positions, including president of the Greater Long Branch Chamber of Commerce.

Thomas P. Nerney brings years of leadership experience to his role at United States Liability Insurance Group, which he joined in 1996. Previously, Nerney was the president and COO for Philadelphia Insurance Cos., where he was part of the senior management for 18 years.

He earned a Master of Business Administration degree in Finance from The Haub School of Business at St. Joseph’s University in Philadelphia, and he was inducted into The Haub School of Business Hall of Fame at St. Joseph’s in April of 2009. He earned the Chartered Property Casualty Underwriter designation from the American Institute of Property and Casualty Insurance in Malvern, Penn., and was presented with the Franklin Award for outstanding achievement and contributions to the insurance industry by the Philadelphia Chapter of the CPCU Society in 2008.

Nerney’s undergraduate studies were completed at Cabrini University, where he earned a Bachelor of Arts degree in Social Science and Philosophy. He also earned an Honorary Doctorate from Cabrini University in May of 2015.

Nerney is an active member of his community and has founded two local nonprofit organizations: A Front Row Seat to Learning and The Nerney Family Foundation. Nerney has served on many boards, including La Salle Academy, Academy of Risk Management and Insurance, St. Joseph’s University, Main Line Health Systems and Cristo Rey Philadelphia; and he was chairman of the board at Cabrini University. He also chaired a team at the Main Line Chamber of Commerce for their Talent and Education Network. Currently, Nerney is serving on the board of trustees for the Institutes Risk and Insurance Knowledge Group, and he is the chairman of the board that oversees The Nerney Leadership Institute at Cabrini University.

Congratulations to our winners!

NJYIP would like to thank all of our generous sponsors:

An event of this magnitude would not be possible without the support of our sponsors. These organizations support NJYIP and believe in its mission. The NJYIP Awards Gala night was sponsored by:

Scenes from the event 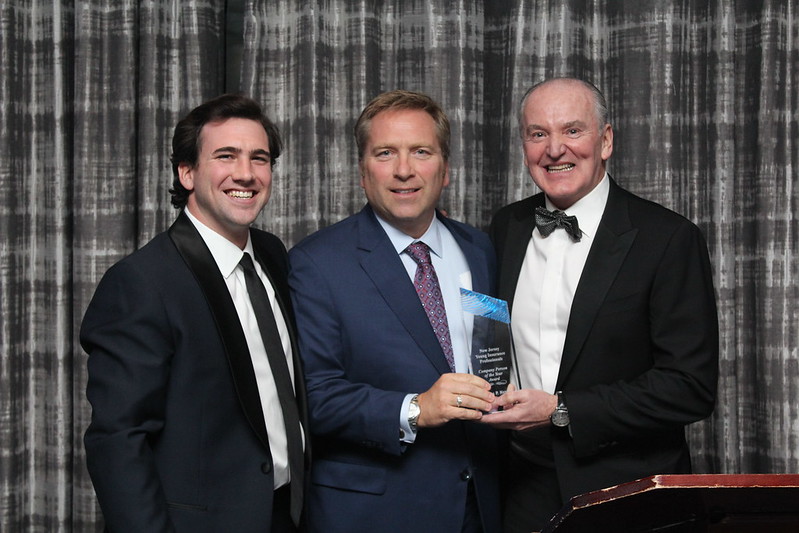